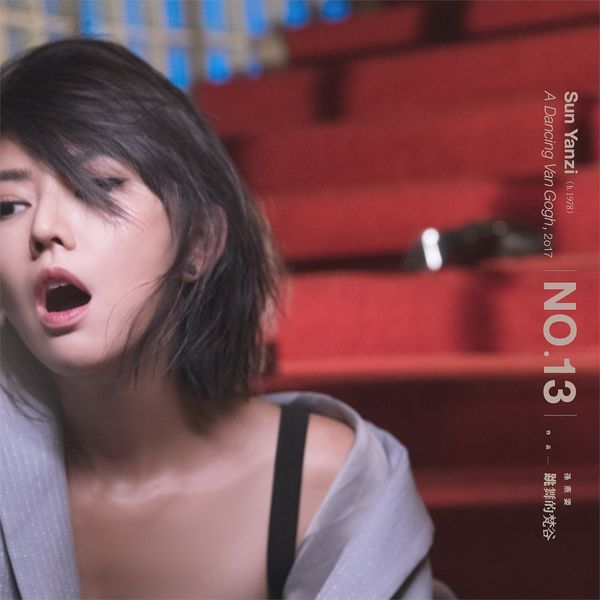 And yes! It is finally out! Well it has been for about 2 weeks…

I remember reading (or hearing somewhere) that she was done with sappy love songs, which I thought would be a career suicide considering part of her success was because of such tunes. I guess she is just in a different phase in her life now where she has better creative control over what she wants to do, and what kind of artist(e) she would like to be. On this album, I would think that she has really chosen some thoughtful and meaningful lyrics, which I think many of her fans who grew up listening to her music will appreciate. I hope my mandarin has not failed me in trying to understand the lyrics, and I have conveniently skipped the first two singles having mentioned them previously.

The album opens with a lovely piece, “風衣 Windbreaker” (lyrics by 十方, melody by 李偲菘), that talks about reliving memories of past experiences, and realising how much they have made you as a person today. I really enjoy how she emotes the song, and to hear how much she has grown as a singer. Accompanying the song, which is also her third single, is a music video which was shot in Iceland, and features 2 amazing actresses – 鮑起靜 and 陸弈靜.

Another lyrically similar song, “天天年年” (lyrics by 易家揚, melody by 李偲菘), she sings about really appreciating and cherishing each day as they come, before years pass you by without you really noticing.

These days, it would be difficult to not find a song or two about striving for what you want, and they appear on the album in “天越亮，夜越黑 ” (lyrics by HUSH, the composers for 克卜勒 Kepler, melody by 李偉菘),  “漂浮群島” (lyrics by 易家揚 melody by 李偉菘) and “超人類 Superhuman”, with lyrics written by 方文山 Vincent Fang (and melody by 李偉菘). I think she probably last worked with him on her fifth album LEAVE. I am not too sure what “充氧期” (lyrics by Xiao Han and melody by 傅浩宸) is about though, but I suspect it is in a similar vein.

The most unexpected music arrangement on the album was probably for “平日快樂” (lyrics by 郭文賢 and melody by 郭文賢) which features the Chinese suona (a traditional instrument usually used for funerals, celebrations and marriages, amongst other occasions). I guess it is quite a celebratory piece – one that sings about celebrating the normalness and being ordinary people.

Yanzi closes the album quietly (and in very understated manner) with her self-penned track “極美 Extreme Beauty”, with the melody written by 李庭光.

I am not sure if there was a delibrate underlying theme for the album – not so much treading the line of madness and logic; but rather, one about living, appreciating and cherishing everyday life, even while you are striving for what you want.

I have not commented much on the music itself because I was more distracted by the lyrics this time round, but there are some other interesting moments sonically, in addition to the suona – for instance, the use of auto-tune on “漂浮群島”, and a bit of retro rock (not sure if this is how you describe it) on “充氧期”.

Anyway, I was a bit disappointed that the album was a bit short in length, and that she did not include the theme song for the movie 六弄咖啡館 – “半句再見” – as a bonus track. In one of her previous interviews, she did mention it will be included. Now we just have to hope she will release that song eventually.

With the album released, I guess now we just have to wait for her to go on tour.

*If you have time, you can catch her recent interview on 小燕有約 with below:

Dispatches from Acoustical and Audio Engineering

Classical music for all

Backpacking (and eating) my way around the world!

Hiking Photography
A Photo A Day

Boris Giltburg - photos from my travels